Peter* has been paying child support for his daughter since she was born. In December 2014 he was incarcerated at the Geelong Withdrawal Unit for 15 months. During this time he was unable to contact the Child Support Agency (CSA) to advise of the change in his circumstances.

While he was incarcerated, the CSA assessed Peter’s income using their default provisional figures because Peter wasn’t reporting otherwise. By the time he was released, Peter had accumulated a child support debt, including late fees, of close to $8,000.

Once Peter was released and he found out about the debt, he applied for an internal review with the CSA on the basis that the default figures used to calculate his debt were higher than his actual income while he was in prison. As a result of the internal review, Peter’s child support debt was reduced to $3,000 because unfortunately the Registrar can only make retrospective changes to a maximum of 18 months.

At this point Peter sought our support because he could not afford to keep paying even this reduced debt and the associated late fees as his only income is from the Disability Support Pension.

With our assistance, Peter made an application for a retrospective determination of his child support obligations using a section of the Child Support (Assessment) Act which says that the Registrar must amend an assessment of child support if one of a list of circumstances applies. One of the circumstances in the legislation is being imprisoned.

Three weeks after submitting the application we received a phone call from the CSA. Although they accepted our legal argument, they believed that an easier and quicker way to resolve the problem was to treat the application as ‘normal correspondence’. This would mean that Peter only had to confirm, by phone, that his taxable income for the relevant time is what they have obtained from the tax office. Once Peter confirmed his income, the debt was cancelled.

While it is helpful to know that the argument we ran would have been successful and that we may be able to utilise it in the future, we appreciate that the CSA considered what would be most simple for our client who had already been through so much. 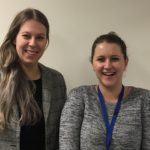 The new faces of the BCLS Social Work Project 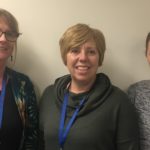