Advocating for your client

Abdi comes to see you a few weeks later and says he got fired from his job for being late to work. He wants you to write a letter to his boss explaining that he has a medical condition and that is why he was late.

Advocacy is best understood as standing next to, or alongside the person you are helping and making sure their voice or point of view is understood. For example, if you as a community worker help a client by going to Court with them as their support worker or advocate, you stand alongside them and help them understand what is happening and speak for themselves. . 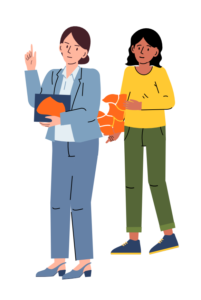 Legal Representation is best understood as standing in front of and speaking on behalf of someone else. For example, at Court when representing a client, a lawyer stands in front of the client and speaks directly on their behalf. Similarly, when writing a letter, a lawyer first states they are acting directly on behalf of their client.

As a general rule, if you are unsure whether what you are considering doing is advocacy or legal representation, you should refer your client to a legal service or lawyer.

Also, if you are not qualified as a lawyer, and you are discussing a legal issue, you should state in any communication that you are not acting as a legal representative for that person.

If the issue you are assisting your client with involves resolving a legal dispute or allegation of any kind you should be especially careful and make sure you refer your client to a legal service or lawyer if they need direct legal representation.

Login
Accessing this course requires a login. Please enter your credentials below!
Lost Your Password?